FOR IMMEDIATE RELEASE , ON March 23, 2016 - Canadian Federation of Musicians praise the federal government's investment in 's cultural organizations. Consistent with the Liberal government's 2015 election platform, the 2016 announced Federal Budget recognizes that entertainment and creative industries are among the most dynamic in the country and require effective policy that will assist the sector to continue to grow.

"The much-needed funding for revitalization of the CBC and the National Film Board will open the door for new programming which features Canadian musicians and artists," says Alan Willaert, Vice-President from , American Federation of Musicians of the and . "The CFM is eager to begin work to help bring our superlative Canadian talent and content to the world stage, where it belongs."

The federal government yesterday announced a $675 million dollar investment to CBC alone, plus a total invest of $1.9 billion in the cultural sector, which includes the National Film Board of Canada, to be rolled out over five years. CFM sees this commitment as a positive first step which they expect will include ongoing investment in the fast-growing and culturally important creative cluster.

Building on AFM Canada's long and successful legacy, CFM will continue furthering the particular interests and needs of professional musicians who earn their living in this country. Everyday CFM helps thousands of musicians with any number of issues related to the recording and performing of their craft. The American Federation of Musicians of the and draws on the experience and strength of more than 80,000 musicians, with over 17,000 active members in alone. Proudly celebrating 40 remarkable years of service, CFM is uniquely positioned to address Canadian issues and provides vital resources for Canadian musicians, at any stage in their careers, on any platform, from live performance to recorded and film scoring.

For more information please visit us at www.cfmusicians.org | CFM on Twitter|CFM on Facebook. 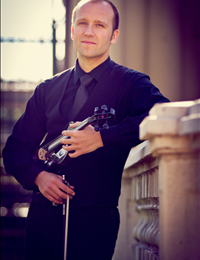