The holidays aren’t solely about gift-giving and spreading good cheer. Many workers find themselves having to walk a picket line around this time of year.

Everywhere you look these days, teachers, public transit workers, railway and refinery workers seem to be involved in some kind of job action as contracts expire and end-of-year negotiations fail.

It can be frustrating for those affected and may even seem unfair that workers disadvantage the public in pursuit of better working conditions and better wages.

But make no mistake, collective bargaining is a fundamental right that helps ensure workers are getting their fair share. This is especially true when we consistently see certain governments, shareholders and corporate CEOs squeezing workers in order to improve their own bottom lines. “Without the right to pursue workplace goals collectively, workers may be left essentially powerless in dealing with their employer or influencing their employment conditions,” reads a 2015 Supreme Court of Canada ruling upholding the right of RCMP officers to unionize.

Unsurprising that some employers, private interest groups and opinion shapers insist on back-to-work legislation whenever a group of workers flexes collective muscle. But the reality is that work stoppages are a rarity—with almost all collective agreements in Canada reached and renewed without a strike or lockout.

In fact, strikes and lockouts happen far less frequently today than in the past. Days lost to work stoppages in federal private-sector, where CN Rail workers recently struck for several days, are well below levels reached earlier this decade. For instance, in 2019, monthly work stoppages recently dipped to a low of 13 for the entire country. This is well below 2017 and 2018 averages.

Collective bargaining is functioning exactly as intended. Workers leverage their collective strength in order to influence the terms and conditions of their employment. Their efforts to stand up for themselves will often have a ripple effect, improving conditions for non-unionized workers in related industries as well as for the people they serve. When teachers oppose larger class sizes and rail engineers insist on safety improvements, the public directly benefits, too.

The significantly low unemployment rate is also contributing to renewed confidence among workers. More discouraged workers and those overcoming barriers to employment have been able to find work. The number of underemployed workers, like part-timers who prefer but can’t find full-time hours, have ebbed.

This is long overdue. For a decade, young people have been graduating into a high unemployment job market with limited prospects. Women and newcomers to Canada have struggled with a shortage of decent jobs.  While joblessness remains far too high in oil-producing provinces and the Atlantic region (in Alberta, it hovers at a shocking 20% for males under the age of 25), there are gains elsewhere. In Ontario, Quebec and BC, the improving job market has allowed wages to tick up – finally. Since mid-year, wage growth has begun to pick up, averaging over 4%.

During the last ten years of sluggish growth, high unemployment and weak wage gains, typical workers in Canada have seen very little improvement in their wages, adjusted for inflation. Flat earnings are partly responsible for the fact that debt as a share of household disposable income has doubled in the past 25 years. Furthermore, fewer workers even belong to a union at all which often translates in lower earnings and fewer benefits and little recourse to improve matters. Compounded with the rise of the gig economy and with more companies outsourcing work, it’s that much harder for workers to unionize as we are seeing at corporations like IBM and Amazon.

In the meantime, Canada’s top corporate CEOs were paid nearly 200 times what the average worker made in 2017. In 2018, quarterly operating profits reached a post-recession high. Workers have spent the ‘recovery’ simply fighting to hold onto what they have.

It’s not just unions that welcome a stronger labour market and decent wage gains. The Bank of Canada also thinks it’s a good idea. Because inflation remains well under control, it has hesitated to raise interest rates. That’s a good strategy because it helps reduce inequality and strengthens the ability of households to cope with debt, food and shelter costs.

We must all recognize that even when work stoppages do happen, they are simply evidence that the collective bargaining process is working. Despite occasional work-to-rule and walk-outs, this is actually a very good thing because it ensures workers still have a say – as they should. 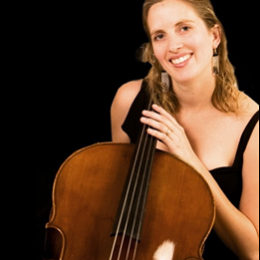