We first affiliated with the American Federation of Musicians of the United States and Canada (AFM) on January 3rd, 1938 as the Calgary Musicians’ Protective Association. At the time, our jurisdiction was: North to, but not including Red Deer; East to Drumheller; South to the International Boundary and West to Field, BC. We had a membership of around 125.

In 1940, casual/freelance engagement scales were $6 for the Leader and $4 for each sidemusician. That was the same for the Stampede, Horse Races, General Theatre Productions and General Band Engagements. Our highest scales were $15/Leader and $8/sidemusician at the Palliser Hotel and $55/week/Leader and $35/week/sidemusician for the Banff Springs Hotel and the Chateau Lake Louise. CBC was under a National scale and we had no collective agreements.

On April 1, 1972 we officially became the Calgary Musicians Association. Scales had risen to $27/Leader and $18/sidemusician for freelance engagements; Symphony from $6/musician to $16; Local Theatre Productions to $17/musician. The Stampede Grandstand Attractions scales were $50/Leader and $25/musician for 9 performances; Seasonal Resorts including the Banff Springs, Chateau Lake Louise and Waterton Park rose to $150/week for the Leader and $100/week for each sidemusician. CBC and Local Broadcasts were now lumped together at $24/Leader and $12/musician for a 30-minute broadcast and Recorded Soundtracks were $40/leader and $20/ musician per hour. Master tapes were under an International scale. We had approximately 1000 members and our jurisdiction had expanded to include Red Deer south to the US border and from the Saskatchewan border to the Columbia River Valley.

By the late 70’s, Calgary was booming at less than half of the population we now have. There were more than a dozen hotels that offered six-day employment for musicians; some of them had 2 or 3 rooms operating weekly as well. This environment attracted many travelling groups from across Canada. There were only a handful of free standing live music clubs at the time. It all came to a halt in the mid-80’s when the liquor laws in Alberta changed reducing the size and capacity of bars. That’s when the hotels got out of the business and the industry took a big hit. We had two collective agreements; one with the Calgary Philharmonic and the other with the Calgary Exhibition and Stampede.

Next, we saw the rise of ‘neighbourhood pubs’ and other stand-alone clubs that still exist today as the main source of employment for freelance bands and musicians. Even though the rooms have become smaller and the budgets for live music reduced, the Association continues to fight for fair wages and working conditions for the members. Our membership numbers aren’t near what they were during the heyday, but since that time, we’ve made in roads with local theatre organizations and we’ve also increased the number of our collective agreements to six, with more to come as the members organize.

This brief abridged history is missing many details that undoubtedly the older members could provide, so take advantage of the opportunity to learn more about the music industry in Calgary the next time you’re swapping stories of the road.

Happy 80th and Congratulations for your on-going support for the one organization dedicated solely to assisting you as musicians and providing the understanding, support and respect that you deserve! Keep the faith and spread the word!!! 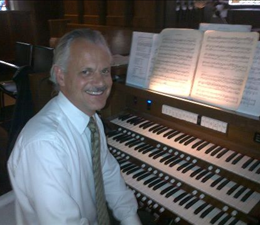