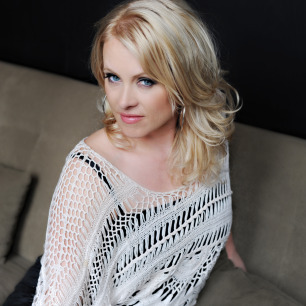 Without debate and by all accounts, music has always played a major part in the life of Johanna Sillanpaa, as she carries with her a strong and sultry voice, and continues to make her mark on the international music scene.

Described as “a bluesy Erykah Badu with a marvellous voice that begins in the smoky lows of Norah Jones ad effortlessly climbs into the powerful, confident ranges of Lisa Stansfield". Johanna performs slick soul, funk and jazz to dig your heels into and her velveteen voice and eclectic sound slides over the air carrying with it a sensual, deep groove.

Sillanpaa and her Jazz Groove ensemble have played everywhere from the intimate jazz joints in their small-but-tight musical community of Calgary to the Montréal Jazz Festival’s 60,000-plus crowds.

Beyond filling venues in Canada and abroad, Sillanpaa’s sound has also drawn its fair share of accolades and award nominations, including a Western Canadian Music Award nod in the Urban music category. At the 2010 Canadian Smooth Jazz Awards, she was nominated for Best Female Vocalist and Group/Duo of the Year with Sillan & Young.

She is excited to announce the upcoming release of her third solo album scheduled in 2011. For more details as well as audio samples visit www.johannamusic.com