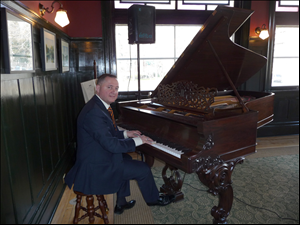 Originally from Russia, Egor has Masters in jazz after graduating from Rostov-on-Don Music College and Conservatory as a jazz pianist. He toured Europe in the 80’s with his jazz ensemble while teaching in a college and in 1986 he won third place in an International Competition for the jazz pianists under 30yrs old in Poland. In 1989 Egor received a scholarship in the Banff School for the Arts (Banff, AB) and studied jazz with such greats as Dave Holland, Rufus Reed, Ted Dunbar and Steve Coleman. Since then he calls Canada his home.

In 1991 Egor joins Graceland’s tribute to Elvis on tour. The show took him coast to coast across North America and he had a chance to perform at the prestige Imperial Palace and Mirage in Las Vegas. A year and a half later Egor returns to Banff where he starts working as a house pianist in Banff Springs Hotel playing in the dance band and as cocktail pianist. Here he had an opportunity to take lessons from Tom Jones’/Tony Bennett’s piano player and back then The Supremes’ musical director Vincent Falcone. He also had a chance to sit-in with Cuban Irakere and then take Latin piano lessons form Chucho Valdes. He was also honored to work with legendary Canadian big band leader Mart Kenney, whom Egor thought to be the nicest gentleman he had ever met.


In 1998 Egor moved to Calgary and quickly became in demand. With his cultural background he was able to work in all kinds of genres: from playing with the Prime Time Big Band to MTV’s urban soul band Yomozo and working with vocalists, duos, jazz trios etc.. He also performed at jazz festivals and did jingles for radio and TV appearances. Over the years he has taught at several Jazz Clinics for the high school and also taught jazz piano lessons privately.

His music took him from Singapore to Bangkok, Paris to Saigon, Hong Kong to Shanghai and Dubai and Russia with concerts in Moscow and Rostov-on-Don.He has performed with Bill Watrous, Mike Tamaro, Hugh Fraser, Rob McConnell’s Boss Brass’ Guido Basso and Ien MacDaugall, PJ Perry and Kenny Wheeler.

From 2000 through 2009, Egor was working for Seabourn Cruise line as a Musical Director/Pianist and later as a Bandmaster for the Princess and P&O UK cruise lines.

Now Egor is back in Calgary and you can hear him at different venues in town and around the province.?There’s no style that Egor can not handle. With his massive knowledge of tunes from all over the world he can perform; Jazz standards, Broadway, Pop and R&B (most of them in their original arrangements) and beautiful solo piano stylings - that's what makes Egor stand our from the rest of the crowd. He can play any tune in any key like there is a Transpose button in his head. It is especially useful when working with different vocalists and jazz singers.

His performances include jazz festivals in Canada and abroad, clubs, concerts, cocktail solo pianist for weddings and wedding ceremony and receptions. Egor is a band leader for numerous party bands in Calgary, wedding and jazz bands. Hire pianist, Egor Ukoloff for your event for a really memorable evening whether it’s a solo piano or jazz quartet.

Recent credits include shows with The Legendary Platters and writing arrangements and performing with the Canadian Tenors.2010 - 2011 Egor performed a jazz duo with New Jersey vocalist Cynthia Utterbach at Mandarin Oriental hotel, Singapore. And in spring 2012 Egor went for another 3 months contract as a Musical Director with P&O UK cruise line.

Recently Egor started a local booking agency to bring you Musicians for Hire in Calgary, Wedding Music bands, Party Bands for weddings and corporate events in Calgary and area. If you’re looking for Pianist for hire, Jazz Band for Wedding or a Party Band in Calgary please contact Egor. 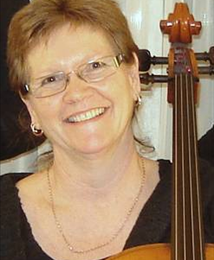