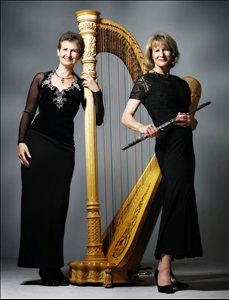 Looking Glass Duo was formed in 2009 by Gianetta Baril and Lucie Jones as a result of a shared passion for the versatility and accessibility of the chamber music form as well as that of their own instruments.

Recognizing the wide palette of musical colours and images offered by the combination of harp and flute, Gianetta and Lucie were eager to explore compositions ranging from the baroque era through to contemporary works. After 25 years of professional and solo careers, they now bring their enthusiasm for chamber music together in Looking Glass Duo, presenting high quality performances to a wide range of communities in both traditional and non-traditional venues.
Past performances include the 2011 World Harp Congress, the Instrumental Society of Calgary, the Red Deer Symphony Orchestra Chamber Series with upcoming performances that include a concert tour in British Columbia and the Canadian University College’s Sunday At Seven Concert Series.

Canadian harpist Gianetta Baril has had a distinguished career for over 30 years with much of that time spent in Europe, concertizing throughout Germany, France, England, Poland and the Czech Republic, consistently receiving glowing praise for her charming presence, dramatic artistry and spectacular technique. 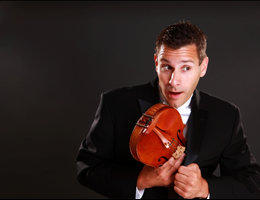