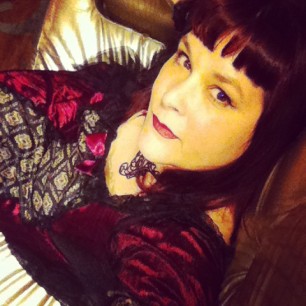 Danielle has been an independent singer/songwriter for 20 years, and although her four previous CD released are fully produced, for the first time in her career Danielle has conjured up her first true band project...

Miss Scarlett and the Madmen is a band of gypsy nomads gathered from locations across the North America (Chicago, Milwaukee, Portland, Atlanta etc…)- a collective of musicians that she has been co-writing and performing with over the past year at the Holiday Music Motel in Sturgeon Bay, Wisconsin (www.holidaymusicmotel.com).

In 2012 Danielle was invited by Holiday Music Motel creative director pat mAcdonald (Grammy-nominated songwriter, formerly of the band Timbuk3- he wrote “The Future’s So Bright I Gotta Wear Shades”) to attend three separate week-long songwriting intensives at the Holiday Music Motel, where dozens of songwriters of varying genres gather, in a focused environment, to co-write, perform and record together in the onsite recording studio. Songwriters are housed at the motel and are paired through a random “spin-the-bottle” process, and this is where the magic happens.

The group of songs emerged from these intensives proved to be transformational for Danielle and she became inspired to formalize the Miss Scarlett and the Madmen project. The debut EP for the collective, titled Dark Love Songs, emerged from material co-written at the Holiday Music Motel songwriting intensives over a two-year period (due for release in 2015). Danielle has started performing this new material live featuring a rotating group of musicians, affectionately dubbed the “Madmen”, depending on the location and availability of members. Audiences have been enchanted... mesmorized... transfixed… intoxicated… spellbound.