"Canadian entertainers and the economic impact they bring are important for communities in and throughout our country. This simple, common sense reform will allow these artists to bring their skills to the and provide entertainment for millions of American music fans. The concerts, tours, and music sales created by these artists mean a lot to 's economy and I'm hopeful this legislation will continue to garner bipartisan support in Congress," said Rep. Dave Trott, a lifelong resident of .

"Small businesses and communities across need a dependable visa process when booking Canadian artists. This common-sense legislation is vital to ensuring entertainment venues and all the American jobs they bring are not economically impacted by a slow and unreliable admissions process," said Congressman Chris Collins.

" and share much more than a border. Our economies are interwoven and our citizens share a deep appreciation of the arts and culture on both sides of the border. When Canadian artists book performances in , they provide diverse entertainment for Vermonters as well as a boost to the local economy. Our legislation will streamline the visa approval process for Canadian entertainers so that ticket holders and local businesses won't be harmed by last minute show cancellations due to excessive red tape," said Rep. Peter Welch.

"We applaud this legislation streamlining the P-2 visa process, which will make it easier for Canadian recording artists to bring their talents to an American audience. It's an issue of special importance to independent record labels, many of which are small businesses that depend on a predictable and reasonable visa approval timeline. The BEATS Act is a bipartisan, common sense proposal that will create jobs in the American music industry," said Richard Burgess, CEO of the American Association of Independent Music.

The legislation, known as the Bringing Entertainment Artists to the States (BEATS) Act, will modernize the P-2 visa process for entertainment artists and speed up the admission process for applicants who want to perform in the . This reform will make it easier for Canadian artists to bring their talents to American consumers while not compromising security or border protection procedures in any way.

Canadian artists, who are in particular demand in the , have difficulty obtaining the required visa (P-2) from authorities. U.S. immigration law makes it difficult for this small pool of visa candidates to avoid long wait times and expensive processing fees, often resulting in cancelled shows at local music venues and lost revenue for local communities and businesses associated with musical performances.

The changes mirror regulations already in place for Canadians regarding other visa categories and track similar streamlining that the Canadian government recently put into place for American artists visiting .

The BEATS Act is supported by the American Association of Independent Music (A2IM), the American Federation of Musicians (AFM), and The Recording Academy.

The American Federation of Musicians of the and Canada (AFM) boasts a membership of more than 80,000 professional musicians across the and . The AFM has been representing the interests of Canadian musicians for over 100 years, and is the representative of professional musicians in a broad range of collective bargaining and legislative-political actions, and, provides vital resources for Canadian musicians at any stage in their careers, on any platform, from live to recorded performance and film scoring. In addition to its Canadian National Office (CFM), the AFM maintains 225 Local offices throughout the , , and the territories of both countries. AFM is recognized by the United States Citizenship and Immigration Services as the organization responsible for providing advisory opinion letters for musical artists world-wide having extraordinary ability and international notoriety, and, as petitioner of the Classification P-2 non-immigrant work permit for Canadian musical artists for more than 30 years.

For more information please visit us at www.afm.org 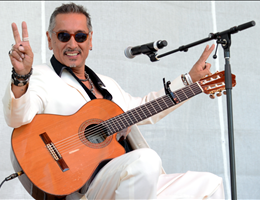