The Calgary Musicians Association Executive Committee has appointed Tricia Edwards to fill the Board vacancy left from the elections last fall. The Calgary-based pianist maintains a busy and diverse schedule playing and performing regularly as solo artist, in jazz combo, as professional accompanist and as a member of several of ’s most popular salsa and Latin bands.

Tricia earned both Master’s and Bachelor’s degrees in classical piano performance from the of and studied in summer master class programs at both the Banff Centre and Mozarteum in . She has appeared as soloist with the Vienna Sinfonietta and of orchestras and in frequent solo and chamber music recitals in , , and . She has been on the piano faculty at and currently teaches at Mount Royal Conservatory.

Tricia was the recipient of the 2009 Richard Harold Cowie Memorial Scholarship, given by the Calgary Musicians Association. She released her debut jazz CD “Joyspring” in March 2009.

She has been a member of AFM Local 547 since 2008 and is looking forward to serving as a new member of the Board. Join us in welcoming her. 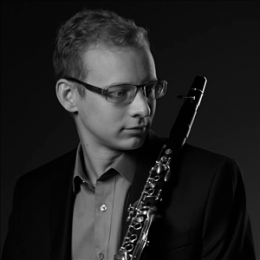