The international phenomenon, the Jazz Flute Big Band (JFBB), is coming to Calgary in Fall 2017 and will rehearse Thursday nights starting in October. Registration is $250 for the semester.

Led by a three-time winner of (and production coordinator of and a soloist with) the Jazz Flute Big Band Competition of the National Flute Association (New Orleans, 2013; Chicago, 2015; JEN San Diego 2016; and Minneapolis, 2017) John Reid is working internationally to bring this project to Calgary.

Traditionally horn players (trumpet, sax, trombone) have had the chance to ease into jazz playing by playing in a big band or jazz ensemble, getting the hang of swinging, hearing colleagues improvising, then eventually getting a chance to take a solo themselves. Flute players have not had that opportunity — until now! American jazz flutists Ali Ryerson and Billy Kerr, and British jazz flutist, Peter Westbrook (and founder of the Flute Journal website) have been commissioning “charts” from great jazz writers for JFBB and are making those charts available to John Reid. Reid proposes weekly rehearsals in the 2017-18 season of ensemble charts, including beginning jazz improvisation opportunities, Fall and Spring concerts, with a nominal registration fee to cover costs of rental, charts, artistic direction, etc.

Rehearsals will run on Thursday nights from 7:00-9:00 pm at Knox United Church starting October 5th. Registration is $250 per semester which includes 10 rehearsals and a final concert.

For more information and to register contact John Reid at (403) 288-5794 or send an email to info@fluteclubcalgary.com 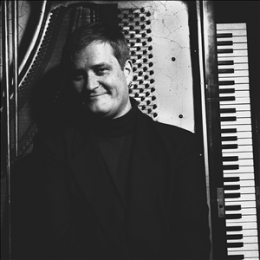