As a jazz pianist and composer:

Michelle Grégoire has been celebrated as one of Canada's most significant jazz talents. She is surrounded by a veteran cast of all-star musicians creating a sound described as "exciting, beautiful, inspired and new while building on the tradition called Jazz." Grégoire's music appears regularly on XM Radio and Galaxie satellite jazz programs and made several top ten lists on programs all over North America. She has toured across Canada with her quintet and was featured at the Festival International de Jazz de Montréal, the Ottawa Jazz Festival in June 2010. An active freelance musician since 1984, Michelle Grégoire maintains a solid reputation as a sideperson and band leader having appeared with visiting artists to Winnipeg such as Dee Dee Bridgewater, Peter Appleyard, and the Vancouver Ensemble of Jazz Improvisation. In June 2009, Grégoire's quintet opened for the Branford Marsalis Quartet at the Jazz Winnipeg Festival and in June 2010 the group was recorded by CBC Radio's Concerts on Demand. Grégoire has been a guest performer and composer with the Manitoba Chamber Orchestra, The Winnipeg Symphony Orchestra and has worked regularly with the Winnipeg Jazz Orchestra since its inception in 1997. Grégoire holds two jazz degrees from St. Francis Xavier University (1990), a Master of Music degree in Jazz Studies from the Florida State University (1993). She has attended the Hugh Fraser Jazz Orchestra Residency in Banff where she worked with Maria Schneider in 2002 and Kenny Wheeler in 2004. Grégoire has also studied privately with world-renowned composer Bob Brookmeyer.

Active in all genres of music as a pianist and keyboardist, Michelle has performed in all styles and is strongly versatile having appeared in a multitude of situations from housebans for TV and radio, to musical theatre and backing up several artists in live concert situations. Some of these include Tom Jackson, Jason McCoy, Amy Sky, Ma-Anne Dionisio, Fred Penner, Brian Hughes, Liberty Silver, Daniel Lavoie and many others. Michelle maintains a solid reputation as a sideperson and band leader having worked with the Winnipeg Jazz Orchestra since its inception in 1997 where she performed with artists like Bill Watrous, Phil Nimmons, Kirk MacDonald, Byron Stripling and many others. 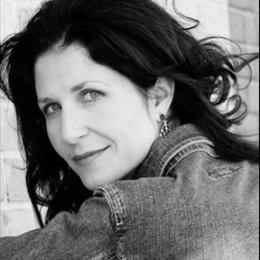