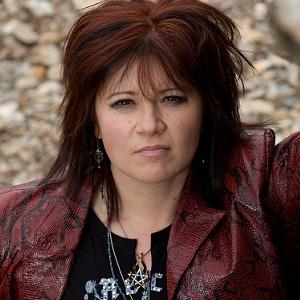 “P!NK collides with Def Leppard to give you the lyrical sorcery of Robin Brock.”

This rock Goddess from British Columbia, Canada has definitely done things her own way, and with the independent release of her third album, she continues to do just that.
Monsters, produced and co-written by Robin’s long time co-writer, hit songmeister John Capek, is graced with the brilliant guitar work of Rik Emmett, Danny Jacob and Justin Abedin.
“Monsters is about rising from the ashes. Each song is my own personal experience, but with Universal themes.” Robin says. “It has loads of rippin’guitars, flowing melodies, and plenty of attitude, but with a modern rock twist.”
Recently released to UK and European Media, the reviews are in, and they’re kick-butt.
Robin and her band opened the Sturgis North Stage at the 1st Annual Sturgis North Motorcycle Rally this past July, in Salmon Arm, B.C.
It’s apparent who influences this self-proclaimed Kiss Freak musically - she’s been described as a mix of Kiss, Def Leppard, Shania Twain, Heart, Benatar and Pink, but without a doubt, Robin has a voice and style that‘s all her own.
Admiration for Benatar was a catalyst for getting Keith Olsen to produce her second album Hidden Power, a collection of guitar driven, heavily melodic rock songs, with Tim Pierce (guitars), Jeff Pilson (bass), and James Kottak (drums). “Each day in the studio was amazing. I learned so much, and to write, not one, but three songs with Randy Bachman was pretty damn cool too.”
Blame It On Rock and Roll, Robin’s debut album, produced and co-written by Capek, is pure classic rock at its very best. Danny Jacob (guitars), Steve Webster (bass), Jorn Andersen (drums), and Capek (keys), made that happen. “I couldn’t have asked for a better team to help me bring these songs to life.”
Robin released Blame It On Rock and Roll in Canada, and with the national airplay, the acclaim and the numerous songwriting awards it received, it got the attention of A2 Records in the UK.
A2 introduced Robin to Europe and the UK, and the Rock, Metal and Classic Rock communities fell in love with her, voting her #2 Female Vocalist and #1 International Artist in the UK Magazine Powerplay. She has been featured, reviewed in, on the cover and covermount of many European magazines and webzines, and has had extensive airplay throughout the UK and Europe. Both albums were Album of the Week on British Armed Forces Radio.
With this success, Robin has toured in Canada, Romania, Australia, USA, and the UK.
Her music is currently being played on conventional and internet radio, and numerous podcasts.
Robin signed with TSM Promotions, for European and UK promotion. She is involved with HevyD.com a Canadian based company who support “We Salute Our Heroes.”
Robin has forayed herself into a new venue – House Concerts. “Being in such intimate quarters with an audience, telling them what inspired my songs and without hiding behind a band was intimidating at first. The music industry has drastically changed since I released and toured with my first two albums, and this is one more way to bring my music to my die-hard fans and make new ones."
Whether she's rocking out with a full band; blasting the crowd with wailing guitars, or if it’s just her and her guitar in an intimate house concert setting, Robin casts her spell.
Robin Brock refuses to lip-sync. 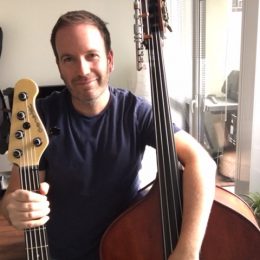