Musicians in Labour Dispute with WCMA

FOR IMMEDIATE RELEASE Toronto, ON May 30, 2017 - Canadian Federation of Musicians (CFM, the Canadian National office of the AFM) has entered into a labour dispute with the Western Canadian Music Alliance (WCMA), which has offices in Winnipeg, Manitoba.

The WCMA operates the Breakout West Festival, an event which features an industry conference, presentation of the Western Canadian Music Awards and live performances of musicians in various public venues.

The WCMA is refusing to bargain a successor agreement with the CFM, "Without a collective agreement in place, the musicians are not guaranteed reasonable fees. In addition, there would be no pension, and no language to prevent the WCMA or broadcasters from recording and exploiting the performances, anywhere and in perpetuity," said Alan Willaert, Vice-President from Canada, American Federation of Musicians of the United States and Canada. "Despite receiving hundreds of thousands of dollars in government grants and corporate sponsors, they have stated that musicians should not consider Breakout West a gig; they should consider it a 'networking opportunity'. Where is all that money going? Musicians have to pay the rent, like everyone else."

Numerous attempts have been made by the CFM to reach out to the WCMA representatives, who were served with a Notice to Bargain, but, they continue to stonewall. Therefore, as a last resort, the WCMA has been placed on the AFM's International Unfair List, naming them as an entity that refuses to negotiate a fair and equitable agreement for performances in association with this year's Breakout West Festival in Edmonton, Alberta. This has the effect of prohibiting members from accepting engagements from any organization so designated.

For more information please visit us at www.cfmusicians.org ׀ CFM on twitter׀ CFM on Facebook. 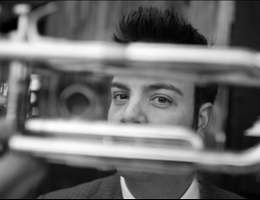