Congratulations to Sean Perrin and Rob Maciak for winning the 2015 Richard Cowie Memorial Scholarship. Perrin (clarinet) and Maciak (percussion) are professional musicians who were both born, raised, trained, and are currently pursuing careers as freelance musicians in Calgary, Alberta.

They began playing as a duo for Clarinet, Marimba, and Latin percussion in 2012, where they performed at events ranging from corporate parties at the Palliser hotel in downtown Calgary, to cultural celebrations for the town of Linden. Their esoteric instrumentation required them to arrange a wide variety of music, from Christmas Carols to Coldplay, and Classical to Chick Corea. The duo and their audiences took a liking to their arrangements of Chick Corea’s music, and the idea for an album project consisting of all 20 short pieces of his “Children’s Songs” was born. In June 2015 their idea was given the chance to come to fruition with the generous support from The Alberta Foundation for the Arts.

This project will be enhanced by the support of The Richard Cowie Memorial Scholarship, which will provide the duo with the opportunity to develop their approach to the repertoire prior to the start date of the recording sessions. Sean and Rob look forward to producing their first feature album project, and bridging the gap between the jazz and classical communities in the Calgary area.

The Richard Cowie Memorial Scholarship is co-sponsored by JazzYYC and the Calgary Musicians Association. The $1000.00 award is open to current members of Local 547 and is to be used to further the applicants’ studies in jazz. This year’s Scholarship Committee consisted of Jeff Fafard (Chair), Jeremy Coates and John de Waal. 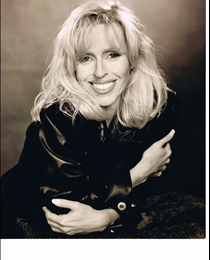