Music Canada applauds the Government of Canada's 2015 Budget for announcing the intention to amend the term of copyright for sound recordings from 50 to 70 years.

"By proposing to extend the term of copyright in recorded music, Prime Minister Harper and the Government of Canada have demonstrated a real understanding of music's importance to the Canadian economy. Thank you. We look forward to seeing the full details when the Budget Implementation Act is tabled," says Graham Henderson, President of Music Canada.

"With each passing day, Canadian treasures like Universal Soldier by Buffy Sainte-Marie are lost to the public domain.  This is not in the public interest.  It does not benefit the creator or their investors and it will have an adverse impact on the Canadian economy," adds Henderson.

Leonard Cohen reinforces the urgency of the problem, "In just a few short years, songs we recorded in the late 1960s will no longer have copyright protection in Canada.  Many of us in our 70's and 80's depend on income from these songs for our livelihood.  We would deeply appreciate any adjustment that would avert a financial disaster in our lives."

This change will rectify the long-standing competitive disadvantage that Canadian artists and Canadian music has had by not being aligned with our international trading partners.  A 70 year term of copyright has become the norm internationally.  More than 60 countries worldwide protect copyright in sound recordings for a term of 70 years or longer, including all of Europe, the U.S., and Australia.  Across Europe, Canadian artists are denied to the full 70 year term of protection due to Canada's shorter term of protection.

"The world has changed since our original copyright laws were drafted," says Bruce Cockburn.  "Every piece of music is, at least theoretically, with us forever. Extending the copyright term is an eminently sensible response to this new situation, and a welcome one!"

"I support extending the length of copyright for sound recordings in Canada to 70+ years," adds Jim Cuddy.  "The copyright of a creative work should not expire in the lifetime of an author."

Term extension fosters increased investment in new artists.  With a significant average annual investment by music companies of over 28{1d776386b9cb999ea5067fee5aa6c3c1db850fc0b970320d4605b640dd6750c1} of revenues in developing talent, the next generation of performing artists will benefit from this copyright amendment now and well into the future.

"I'm glad that Canada has extended our copyright term, so we can continue to use the proceeds from classic Canadian recordings to invest in great Canadian talent," said Kardinal Offishall. 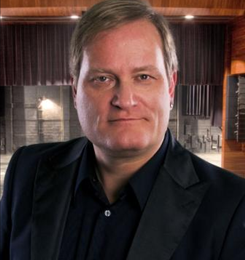