Union members urged to buy their beer in bottles, not cans.

OTTAWA ― Canada’s central labour body is calling on workers across the country to join a nation-wide boycott by buying their beer in bottles, not cans.

The move backs a boycott launched by the United Steelworkers in support of 120 workers forced on strike in September 2013 by Crown Holdings, one of the world’s largest beer can manufacturers.

“We must not let this incredibly profitable multinational company – with a CEO making an average of $13 million a year – show such utter contempt for the very workers who have helped build its success,” said CLC president Hassan Yussuff.

Crown’s Toronto facility has been unionized for over 25 years. Its workers have an average of 20 years of service to the company. Until now, the union and management enjoyed a stable relationship with only one six-week strike in 1995.

The plant is one of the company’s top producers in North America. In 2012 it received the

“Plant of the Year Award” for outstanding “safety, productivity and budget management.”

Despite that success, Crown provoked a strike in 2013 by demanding that new hires would be paid 42 per cent less for doing the same work as current employees. When existing employees said no, Crown demanded all workers accept an across the board 33-per-cent wage cut.

Crown has also vowed to keep replacement workers on the job even if a settlement is reached, meaning more than three quarters of the plant’s current workforce would be laid off, making it clear the company is attempting to bust the union.

On March 13 Ontario labour minister Kevin Flynn announced that mediator Morton Mitchnick had been appointed to conduct an industrial inquiry into the dispute. While that process unfolds, unions are stepping up pressure on the company to back down.

“I salute these workers for refusing to succumb to this corporation’s U.S.-style, union- busting agenda,” said Yussuff. “We are asking all 54 of our affiliated member unions to ask their members to buy their beer in bottles, not cans.”

Crown's Toronto facility produces over  5 million beverage and food  cans per  day  for customers such as Molson, Coors, Labatt, Budweiser, Moosehead and Creemore. Not included in this boycott are cans of Sleeman's or aluminum bottles of Coors, which are packaged at another unionized plant. 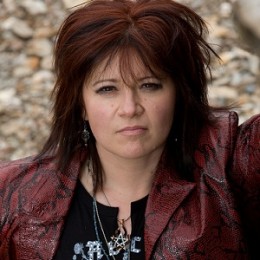