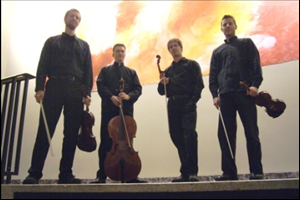 One of the most dynamic and exciting ensembles of its generation, Bell'arte Strings have established themselves as an ensemble praised for their vibrant performances, passionate style, and refined musical interpretation.

Founded in Calgary, Alberta, Canada in 1997 and renewed in 2003, the four dynamic members of the Calgary Philharmonic Orchestra joined forces to revitalize their commitment to chamber music and recreate a new and vibrant ensemble. Their goal is to transform the Calgary Philharmonic Orchestra excellence, well known to Calgary audiences, into a first class chamber music experience.

Bell’arte Strings have received enthusiastic acclaim from audiences in North America including recitals in Calgary, Alberta and Kelowna, British Columbia, Canada. They have been involved in performances including those for the Calgary Philharmonic Orchestra, Kelowna Philharmonic Society, Small Change…Big Changes, the Instrumental Society of Calgary, Mustard Seed Ministry, the Art Gallery of Calgary and Discovery House.

The Belll’arte musicians also place a strong emphasis on developing relationships with future audiences. They present fun and interactive outreach performances in school systems as well as local and rural communities throughout the province of Alberta.

With the joint effort of EnCana and the Calgary Philharmonic Orchestra, Bell’arte Strings have been able to visit such schools in Drumheller, Gem Rosemary, Standard, Rockyford, Bassano, Duchess, Brooks and Hussar, Alberta, Canada.

The four musicians also enjoy working with aspiring instrumentalists and chamber musicians, and continue to teach throughout Alberta as well as various locations throughout North America.